In 1916 Newfoundland was an independent British Dominion. It would not become a province of Canada until after the Second World War. We include Newfoundland on this tour because modern day Newfoundlandlers are (for the most part) Canadian. 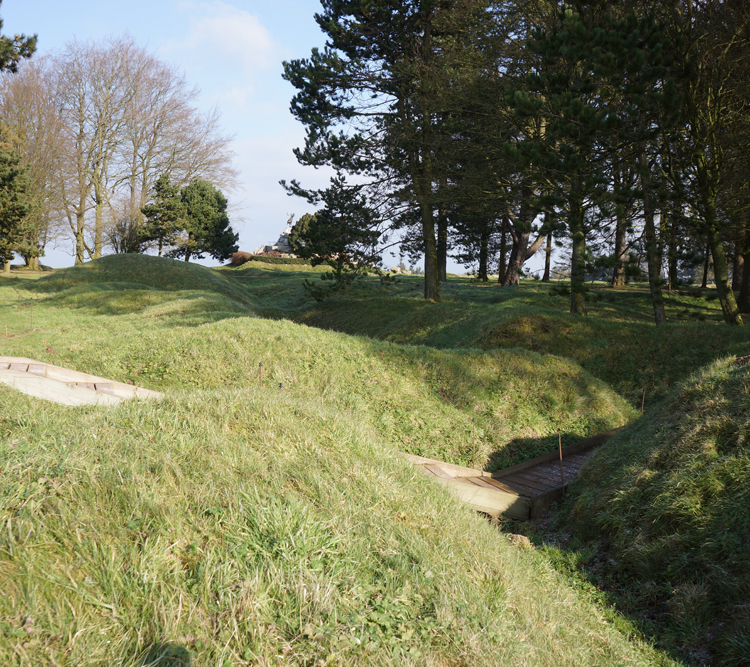 On the 1st July 1916 the Newfoundland Regiment went into action at Beaumont Hamel. They suffered 95% casualties, killed, wounded or missing. Many of the bodies were never recovered. After the war the wives and mothers of the soldiers who had fought here purchased the land where so many of their loved ones still lay and created Newfoundland Park. Here the trenches and shell holes remain giving us an opportunity to see the battle lines as they were that dreadful morning.
In 1949 Newfoundland became part of Canada and students from throughout Canada now work at the site. 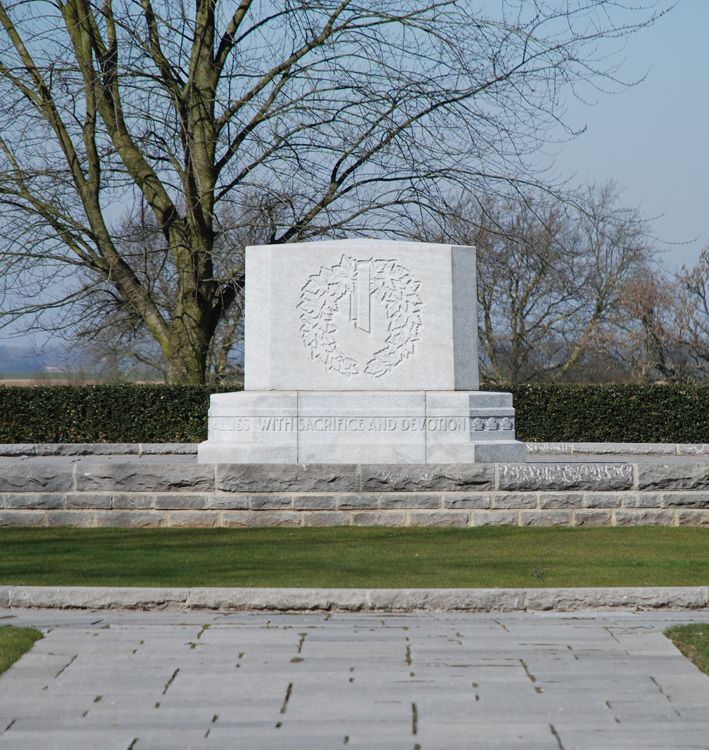 On the 15th September 1916 the Canadian Corps went into action at Courcelette supported by the latest innovation in warfare – tanks. During this battle our village Martinpuich was liberated with the boys from Ontario taking the fields between us and the main road. 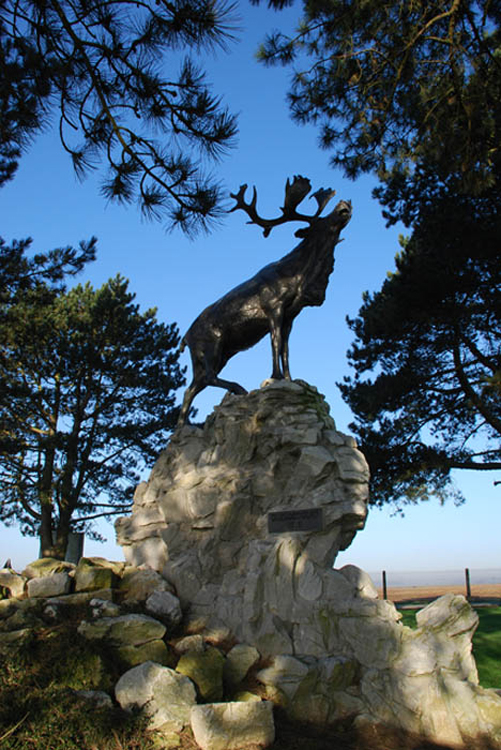 On 12 October 1916 the Royal Newfoundland Regiment went into action at Gueudecourt. They advanced with the 1st Essex Battalion. The Essex were driven back but the Newfoundlanders achieved their objectives. 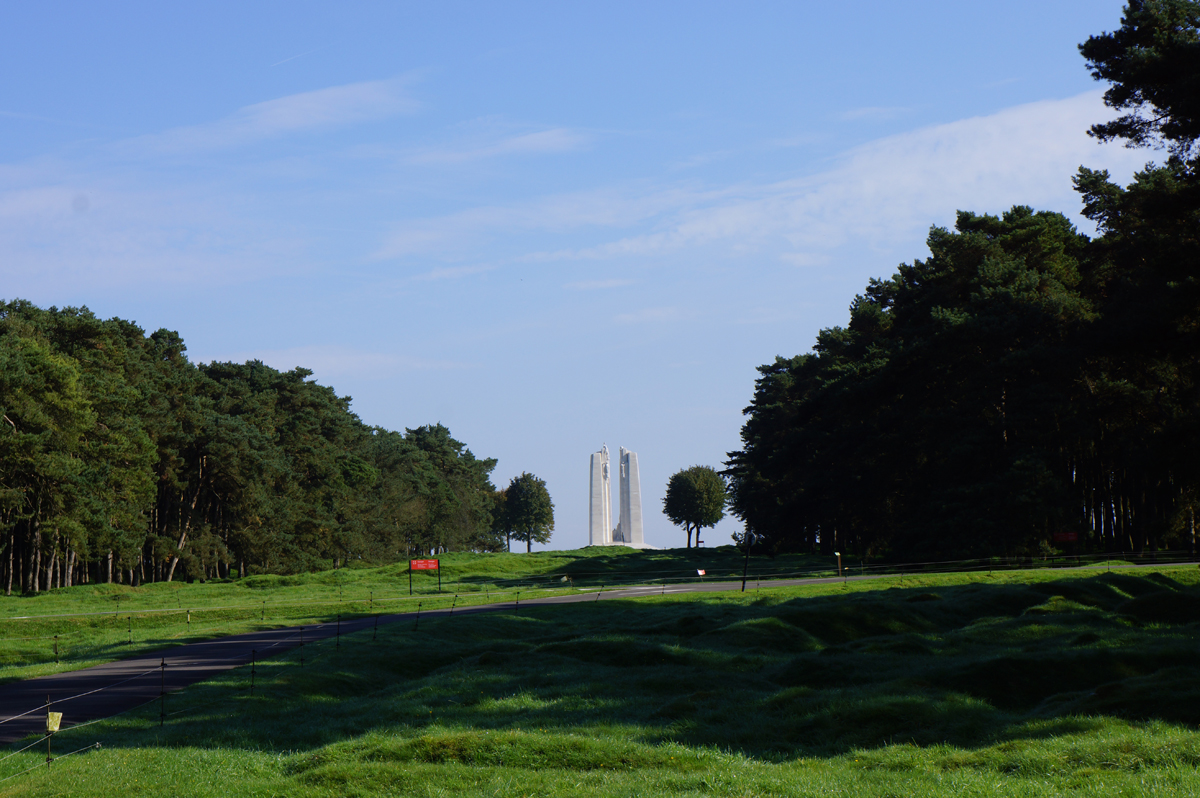 On the 9th April 1917 as part of the Battle of Arras, all four divisions of the Canadian Corps fought together for the first time at Vimy Ridge. Extensive preparation had taken place in advance of the attack, including mining and practice. This no doubt led to the overwhelming victory here. 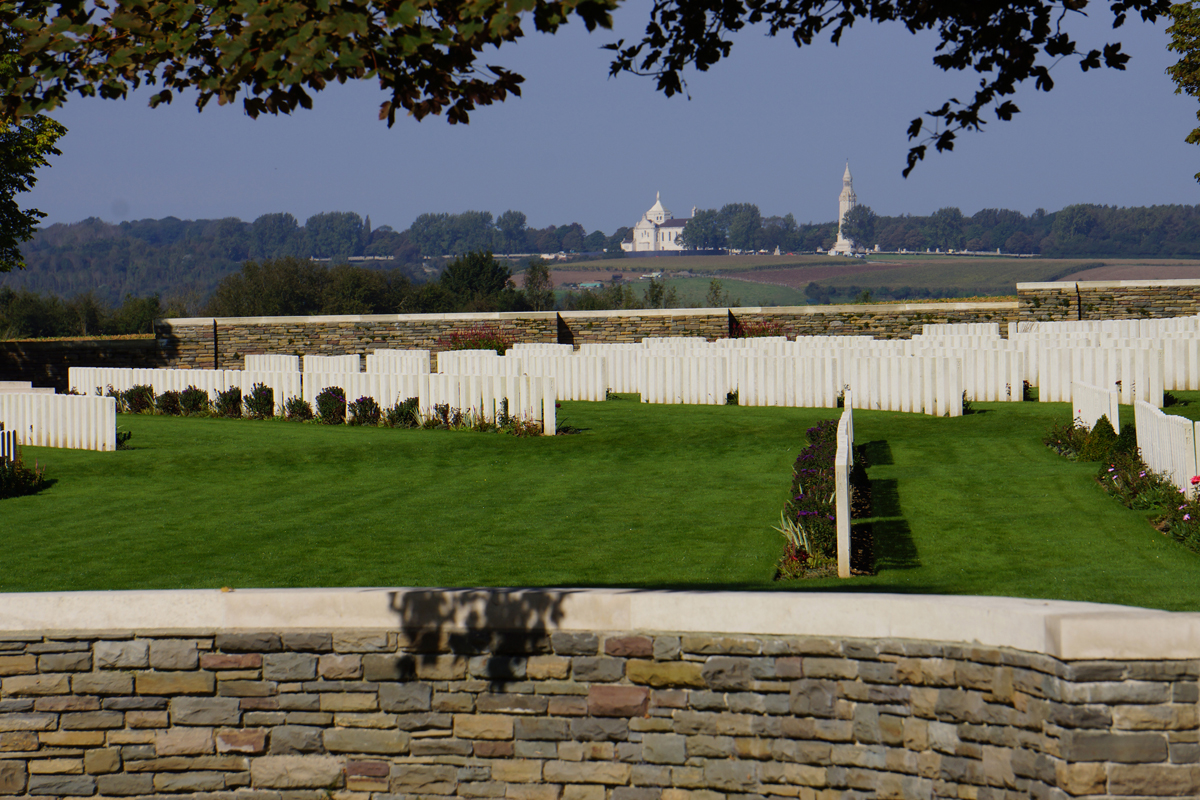 View from Vimy Ridge across to Notre Dame de Lorrette

The height of the ridge made it strategically important with wide reaching views. 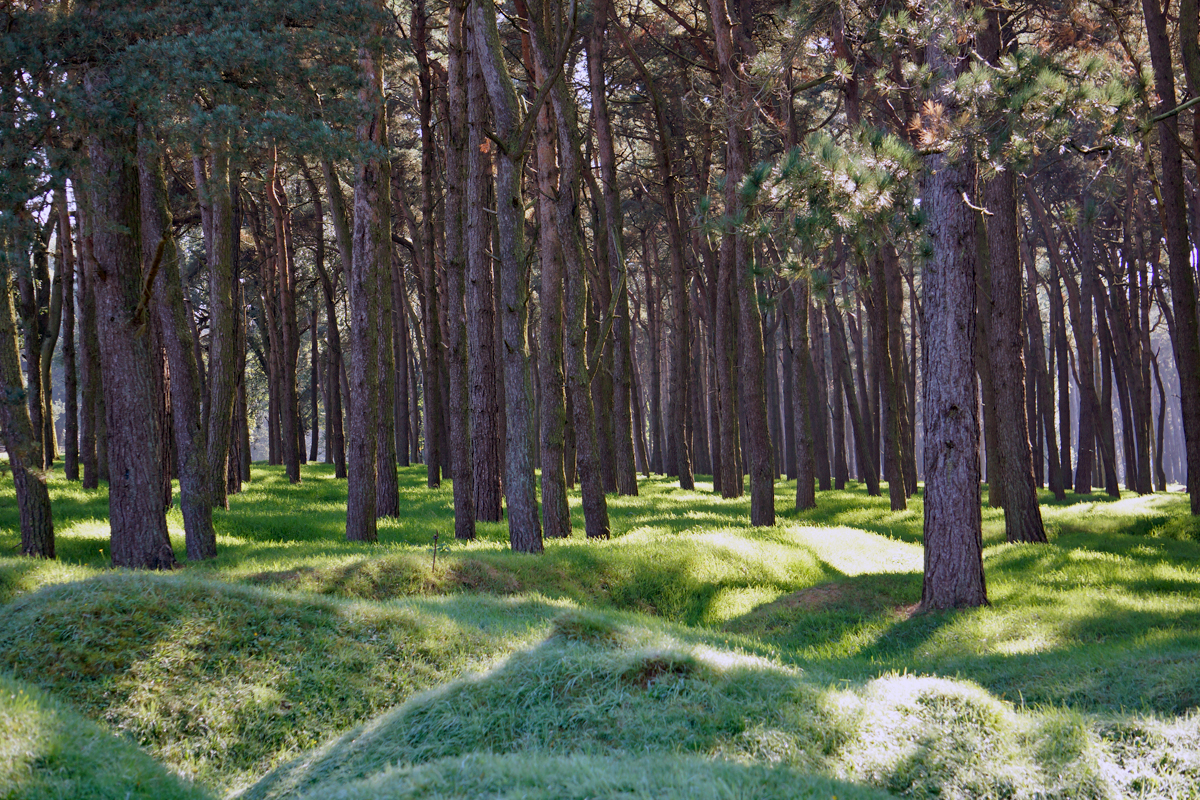 After the war France gave Canada the land on which the Canadian National Vimy Memorial now sits. Trench lines and shell holes remain visible and one of the many tunnels has been opened to visitors. 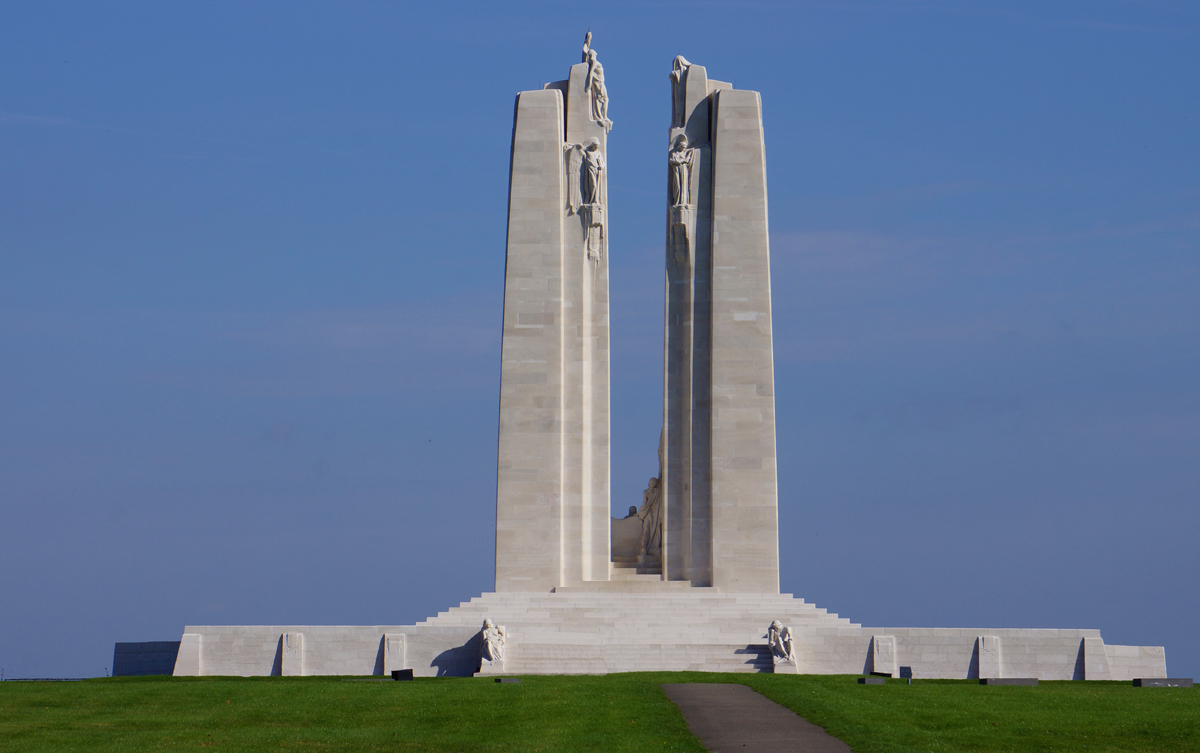 The memorial itself is exceptional. Made from Croatian stone, much of which was carved in situ, it is covered in symbolism as it emphasizes the role of strength in maintaining peace. 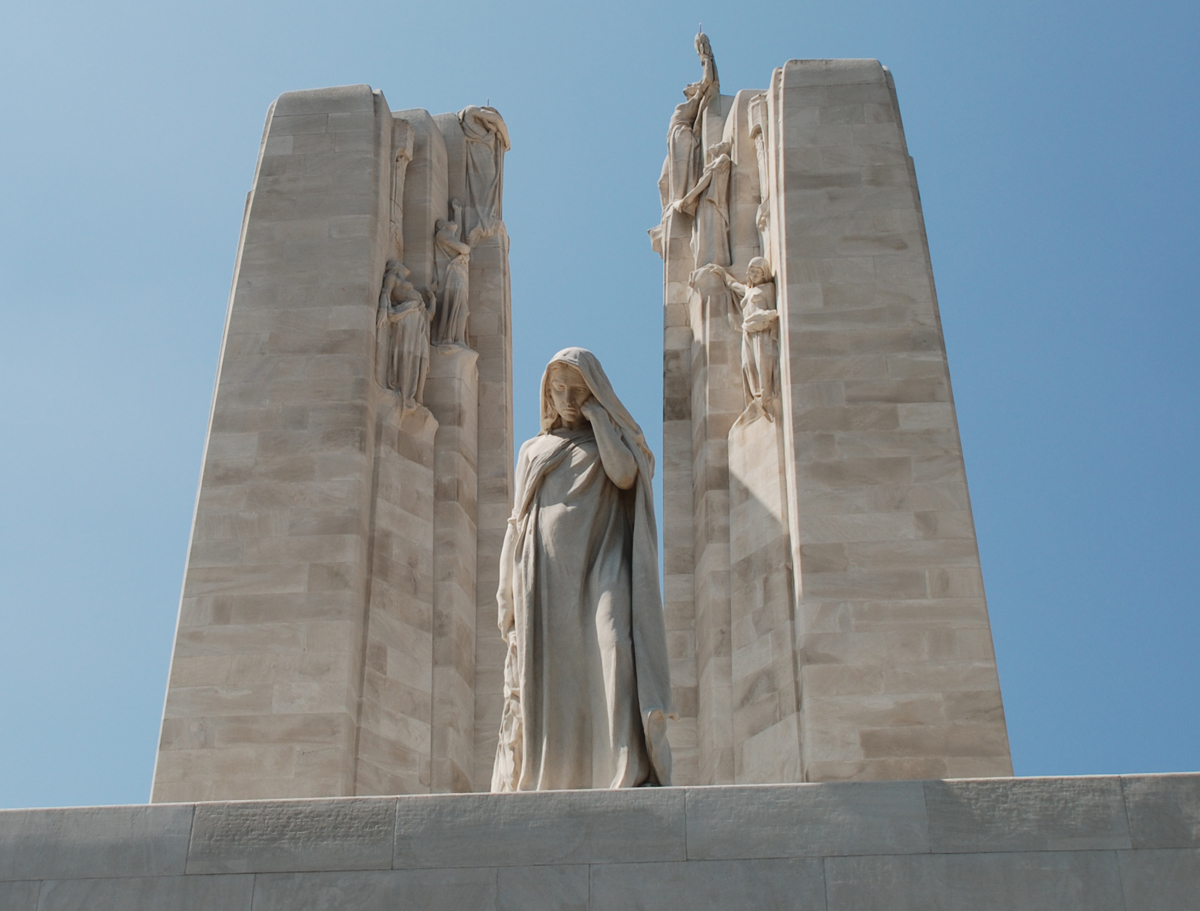 Vimy Ridge became a site of pilgrimage as veterans and family members came from all over Canada to visit here in the years after the war. 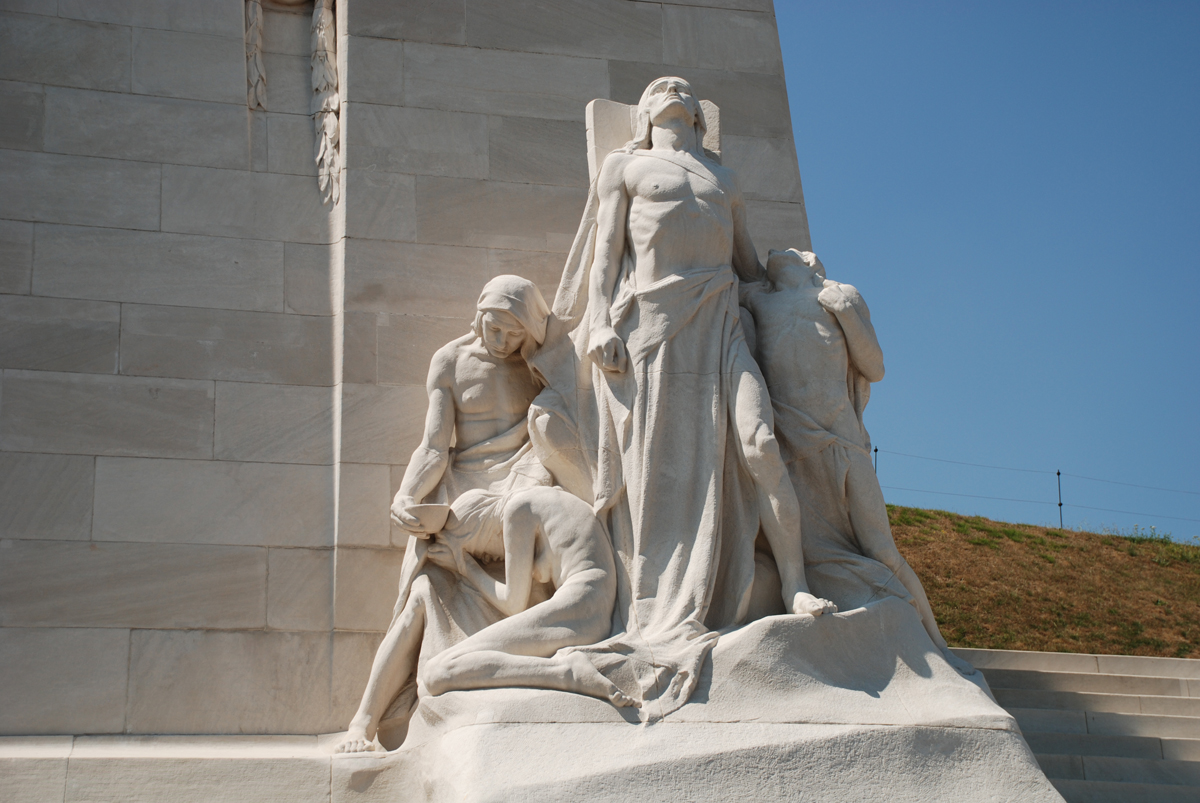 Details from the base of the Canadian National Vimy Memorial

It is widely felt that the First World War marked the beginning of Canada taking its place on the world stage. The center figure in the group above represents Canada helping and supporting weaker nations.