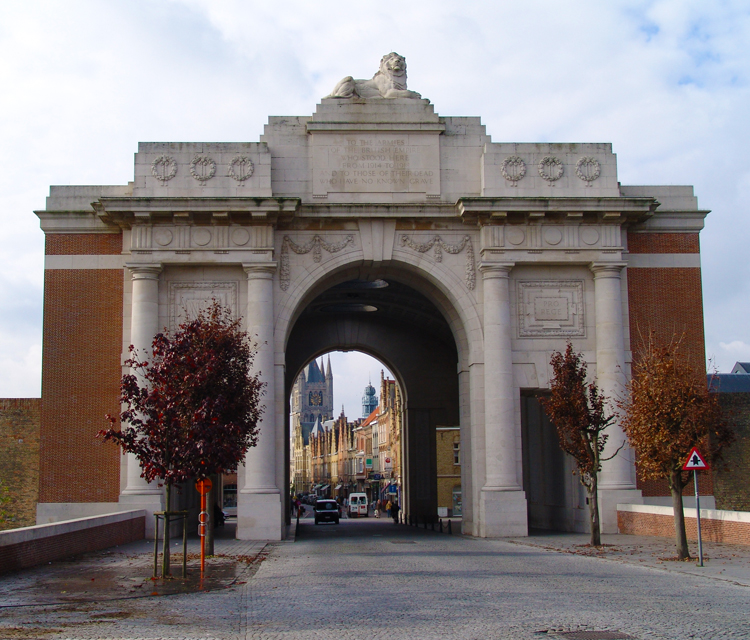 The town of Ieper in Belgium is an ancient city in West Flanders. Known as Ypres to the French and Wipers to the Tommys it was a major site of resistance as the Germans made their race to the sea. The advance was stopped here leaving a salient in the front lines that the Germans spent the entire war trying to capture. 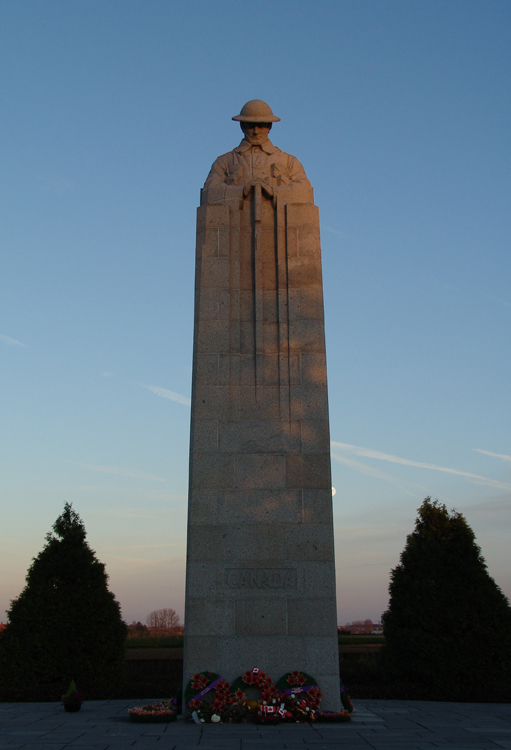 The Brooding Soldier marks the site of the first poison gas attack on 22nd April 1915. The gas drifted initially into the line held by the French 45th (Algerian) and 87th (Territorial) Divisions. The line broke leaving the Canadian flank exposed. The Canadians stepped into the breach before the Germans could exploit it. 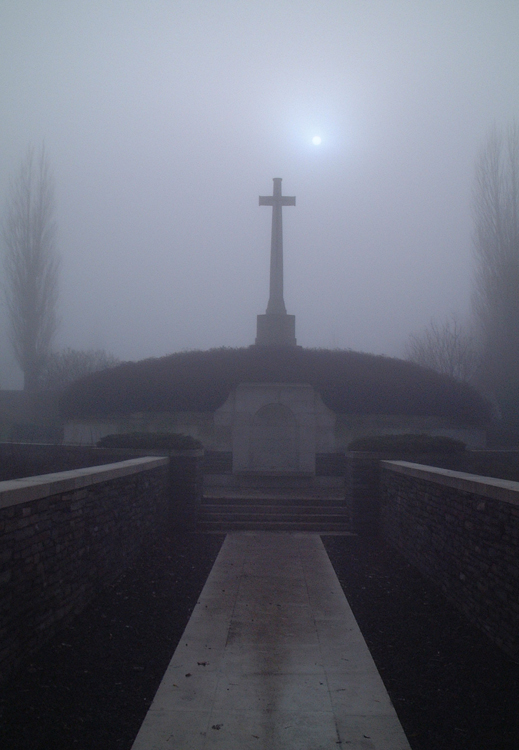 This memorial commemorates the 827 officers and men of the New Zealand expeditionary force who have no known grave who died on the Passchendaele ridge near Messines in 1917 and 1918. 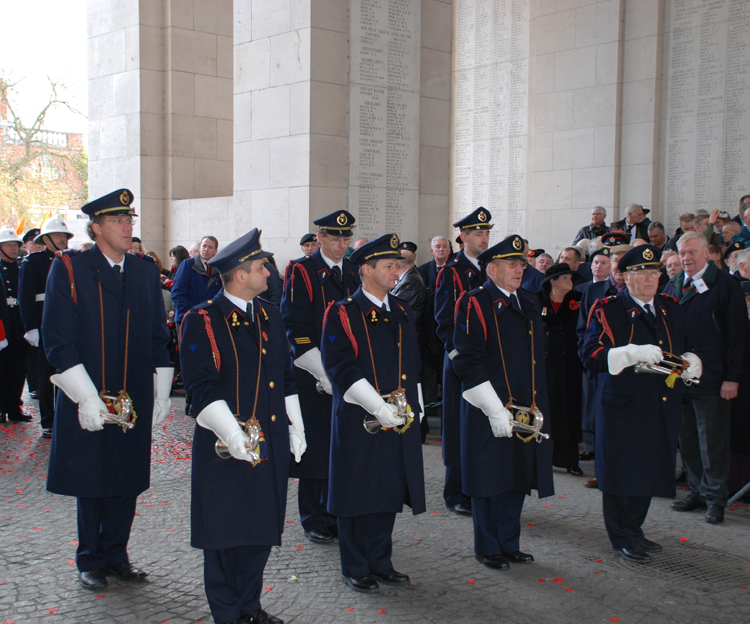 Buglers at the Menin Gate, Ieper

The Menin Gate in Ieper bears the names of 53,000 men from Great Britain, Ireland, Australia, Canada, India and South Africa who died in the Ieper Salient prior to 16th August 1917 and have no known grave. The Last Post has been played here at 8 o’clock each evening since 1927 in honour of those men, except during the Second World War. 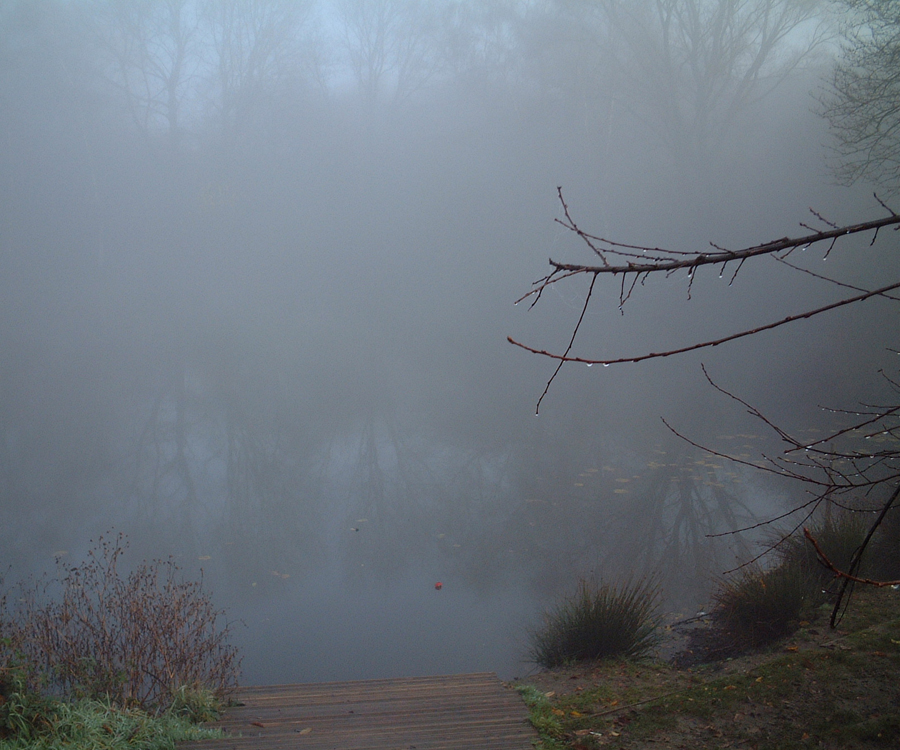 Spanbroekmolen Mine Crater Memorial is the result the largest of 19 mine explosions on 7th June 1917. It took 6 months to complete and carried 90,000lb ammonol. 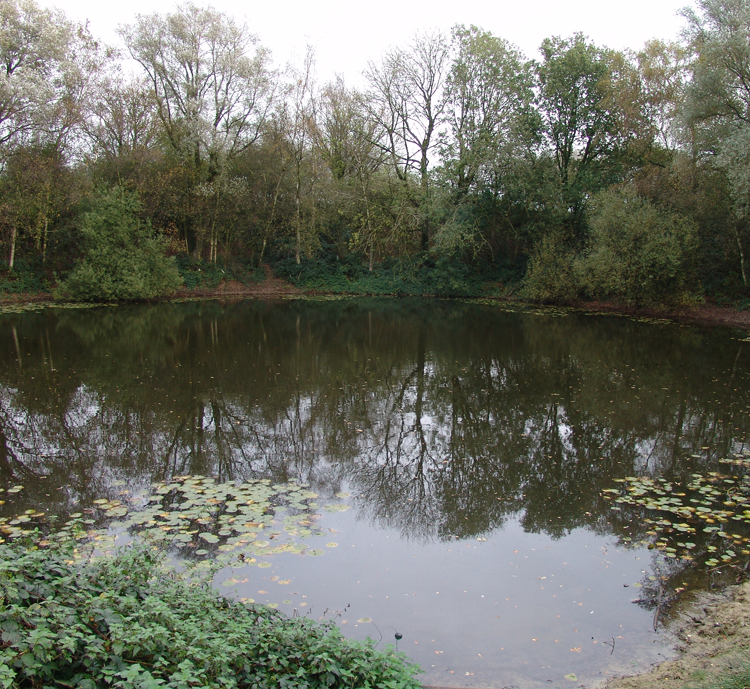 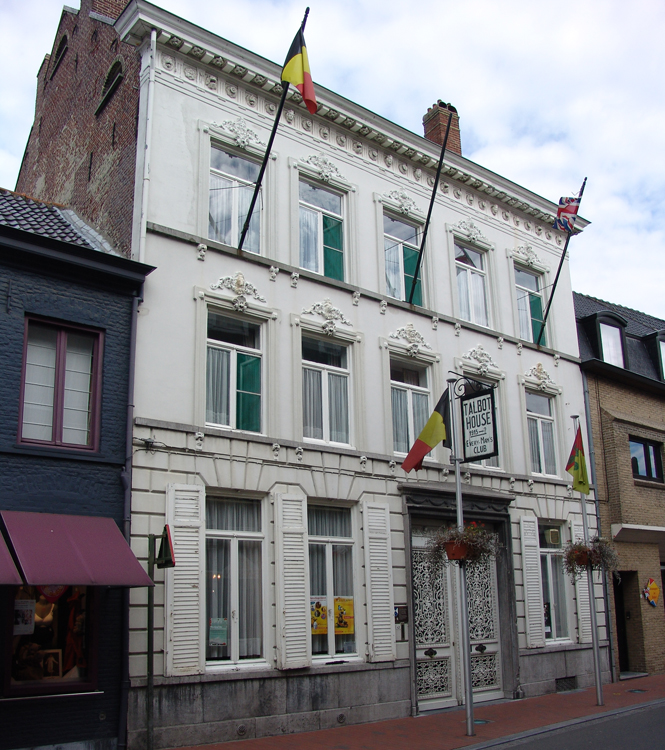 Talbot House, home of Toc H, was founded in 1915 as a club for all British soldiers, regardless of rank. The Reverend Philip “Tubby” Clayton developed it as a place where soldier’s could meet and relax. Preserved as it was, it provides a remarkable inside into life behind the lines. 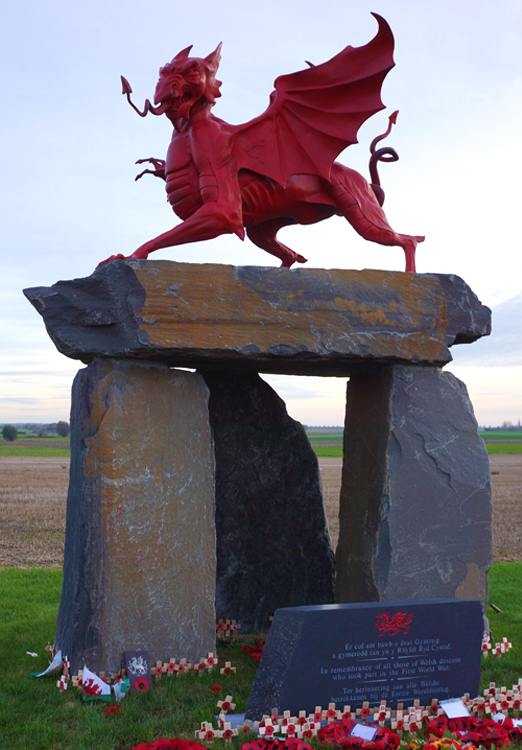 Four blue pennant stones were transported to the Pilkem Ridge to to support this dragon. It is dedicated to all people of Welsh origin who participated in the Great War and to all those who served in Welsh regiments. 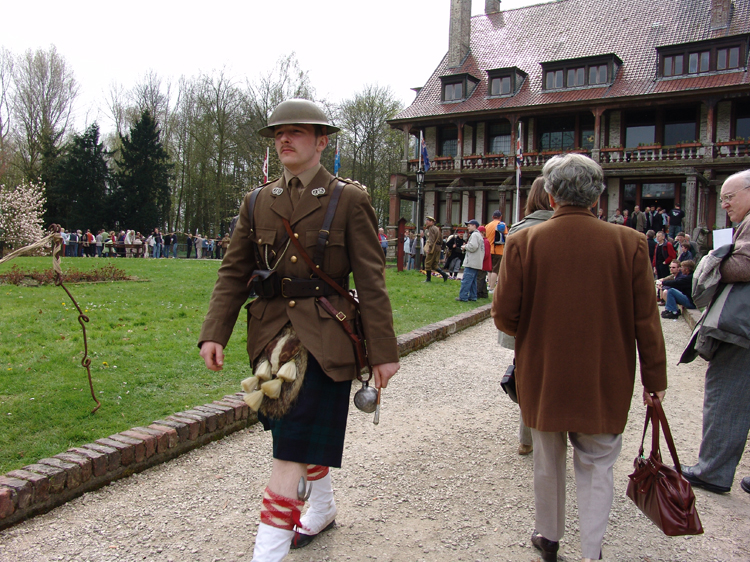 The Memorial Museum, Passchendaele 1917 keeps the memory of the Battle of Passchendaele alive, where in 1917 in one hundred days half a million casualties fell for only 8 km of ground gained. Its interactive displays, recreated dugouts and trench system make it one of the most comprehensive museums on the Western Front.
A complete gallery here is devoted to telling the story of Australia’s involvement in the battles of Passchendaele. 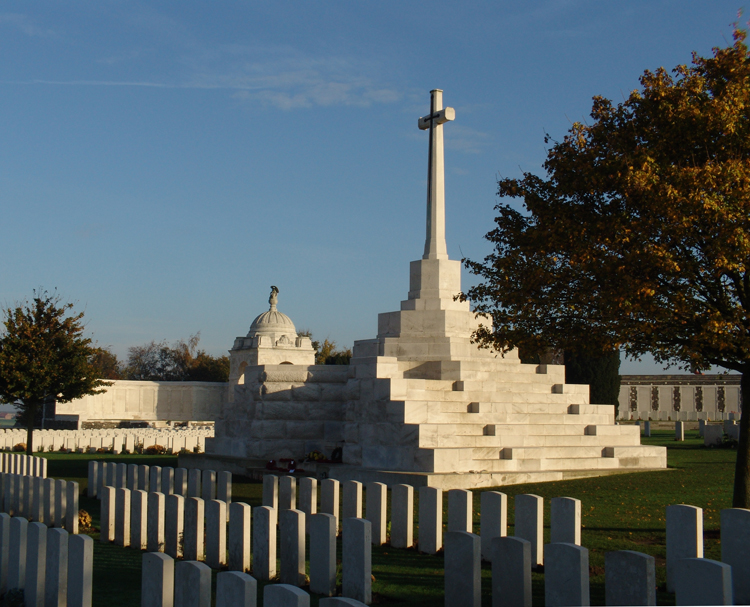 Tyne Cot Cemetery is the largest Commonwealth military cemetery in the world. Nearly 12,000 soldiers are buried here, of which over 8, 300 are unidentified. The names of these unknown soldiers are among nearly 35,000 inscribed on the memorial wall at the back of the cemetery. This wall bears the names of men who fell in the Ieper Salient after 16th August 1917. 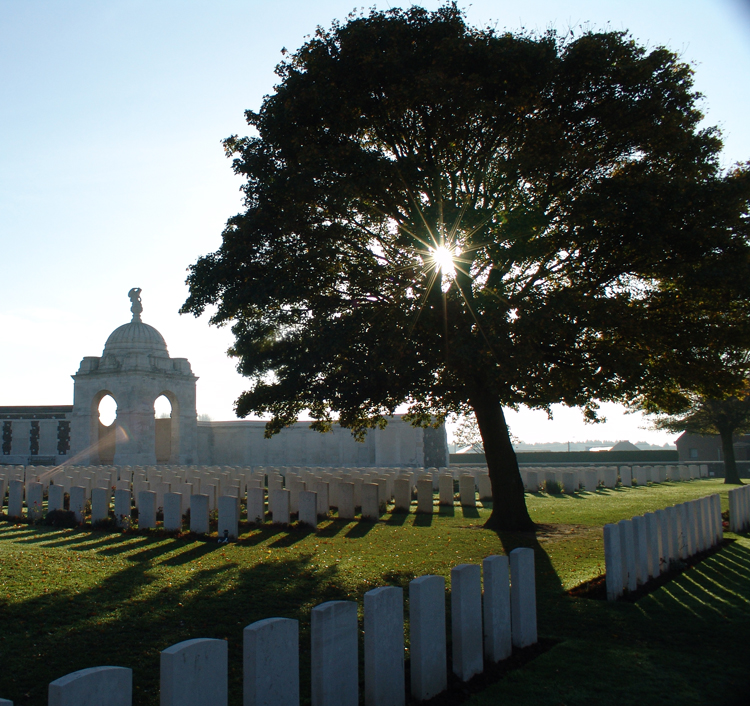 The cross of sacrifice in Tyne Cot is built on top of a German blockhouse that had dominated the ridge and was captured in October 1917 by the 40th Battalion of the Australian Infantry Brigade, the only all Tasmanian battalion. Two other blockhouses are retained within the cemetery.

Captain Frank Green wrote in 1922;
From the 39th Battalion objective a stiff fight against the heaviest opposition began. On top of the ridge the trench system and line of pillboxes along it seemed alive with men and machine guns … The only possible way to advance was from shell–hole to shell–hole by short rushes. To add to our difficulties, there was a thick belt of wire immediately in front of us, which had very few gaps in it.

For his bravery on 4 October at Tyne Cot Sergeant Lewis McGee was awarded the Victoria Cross. Nine days later he was killed in the Battle of Passchendaele and lies buried in Tyne Cot.

This page shows some of the places that you will visit on a tour to the Ieper Salient. We will help you choose the best sites to visit taking into account your family connections, the time of year and your personal choice.