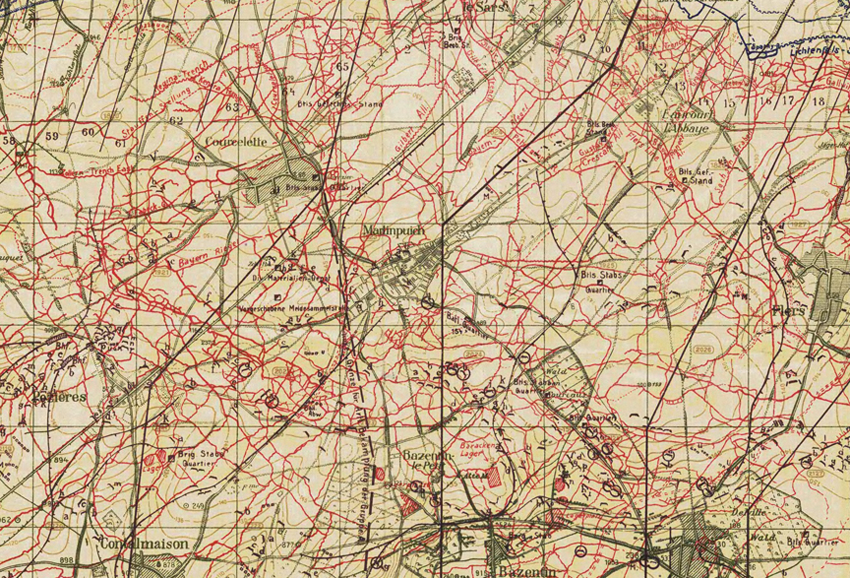 Martinpuich was occupied by the German forces in 1914

The Village is south of Le Sars, west of Flers and north west of High Wood. It was a strongly fortified village in the German defenses and according to H P Robinson, the war correspondent for the Times newspaper in 1916, it was the hinge and key of the whole German front.

On the 15th September 1916 the 45th and 46th Bde of the 15th Scottish Division attacked Martinpuich. The outskirts of the village were quickly taken on the morning of the 15th. Taking the remainder of the village was more difficult as it was full of dugouts and manned by troops of the Bavarian Division. 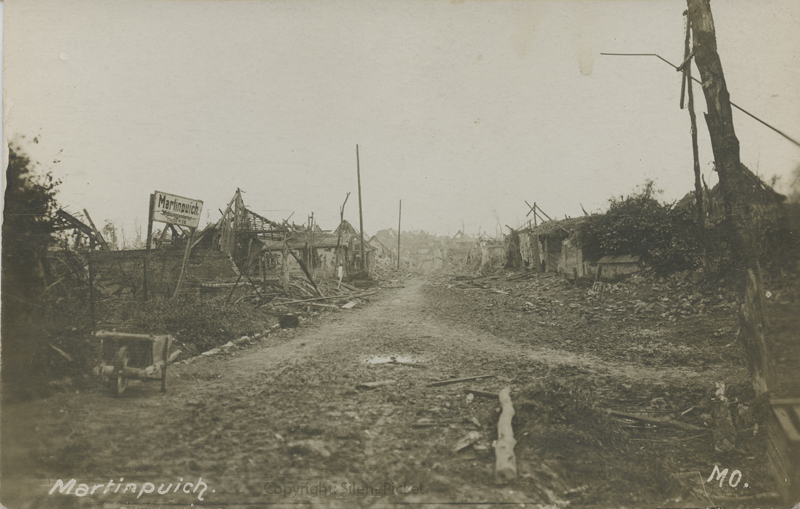 By early afternoon the 15th Division were in possession of the village and at 3pm the troops had taken over the remaining ruins which had been virtually flattened before the battle began. 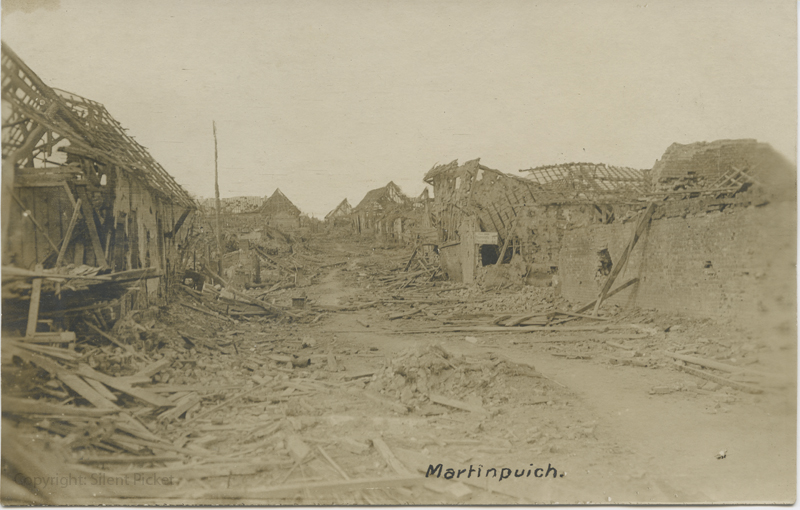 The village was lost to the Germans in April 1918 and retaken in August of that year by V Corps.

Martinpuich Communal Cemetery is on the south side of the village and contains the graves of five men from the Commonwealth forces. 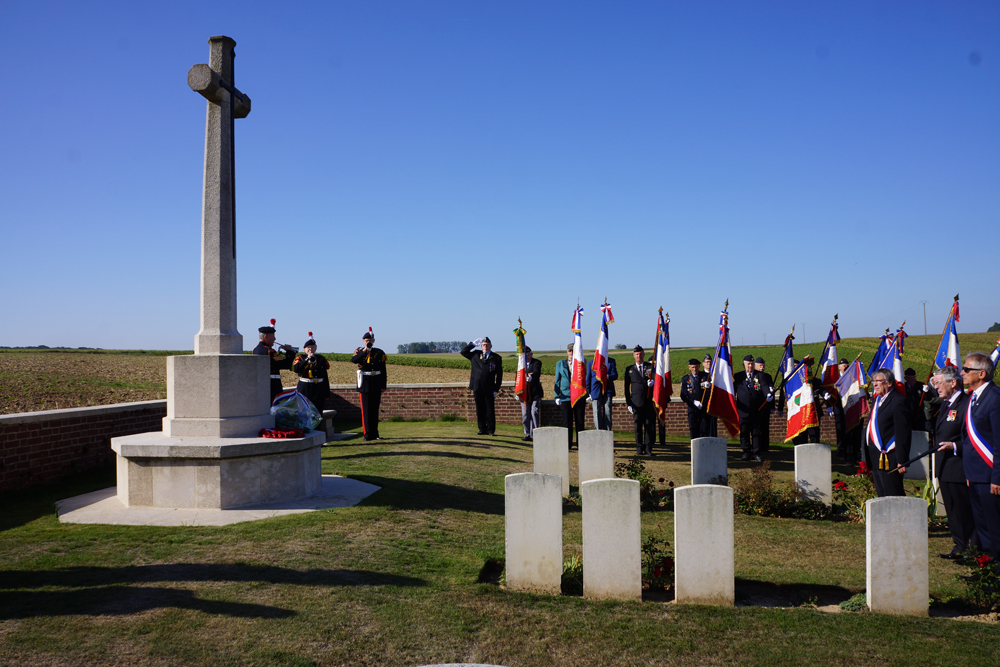 Martinpuich British Cemetery was begun in November 1916 and used by fighting units and field ambulances until June 1917 and again at the end of August 1918. The cemetery now contains 115 burials and commemorations of the first World War.