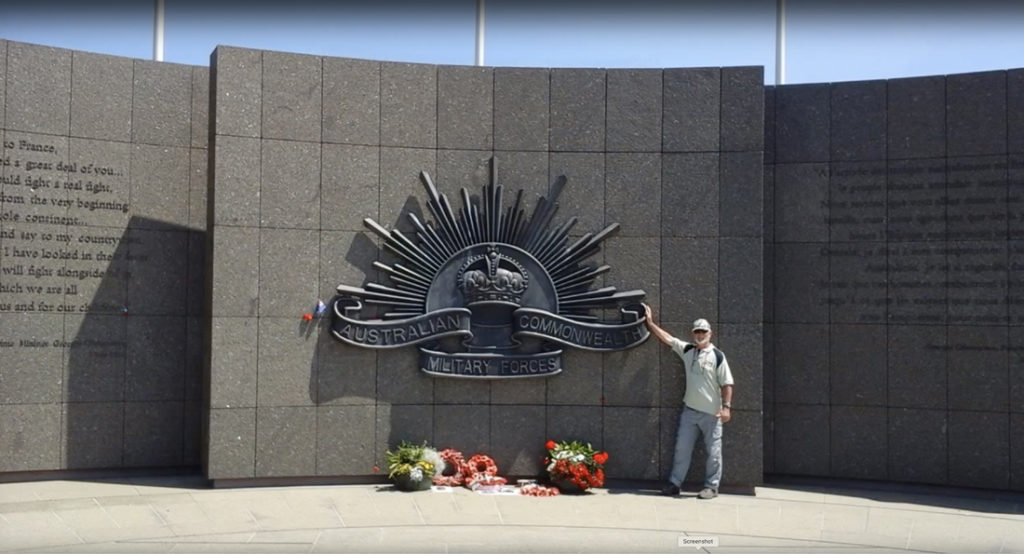 The grandson of Jack Axford visits the Australian Corp Memorial on the site of the Wolfsberg, Le Hamel

We were pleased to welcome the grandson of Thomas Leslie “Jack” Axford who won the Victoria Cross at Le Hamel serving with the Australian Infantry Corp on 4th July 1918. We set out together to walk in Jack Axford’s footsteps. The tracks and field boundaries are such that we could trace the exact route of his advance. 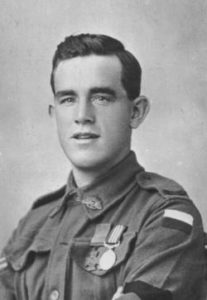 Jack was brought up in the Coolgardie goldfields in Western Australia and enlisted in the AIF on 19th July 19. He was twice wounded, once he had two days rest with shell shock and the second time he was away from the front for four months with a penetrating wound to his knee.

The entry in the Commonwealth Gazette for 12th December 1918 reveals the action for which Jack won the V.C.. It reads: ‘For most conspicuous bravery and initiative during operations. When the barrage lifted and an infantry advance commenced his platoon was able to reach the first enemy defences through gaps which had been cut in the wire. The adjoining platoon being delayed in uncut wire, enemy machine guns got into action, and inflicted many casualties, including the company commander. Lance Corporal Axford, with great initiative and magnificent courage, at once dashed to the flank, threw his bombs amongst the machine gun crews, jumped into the trench, and charged with his bayonet.

Unaided he killed ten of the enemy and took six prisoners; he threw the machine guns over the parapet, and called out to the delayed platoon to come on. He then rejoined his own platoon, and fought with it during the remainder of the operation. Prior to the incidents above mentioned, he had assisted in the laying out of the tape for the jumping off position, which was within 100 yards of the enemy. When the tapes were laid, he remained out as a special patrol to insure that the enemy did not discover any unusual movement on our side. His initiative and gallantry undoubtedly saved many casualties, and most materially assisted towards the complete success of his company in the task assigned to it. 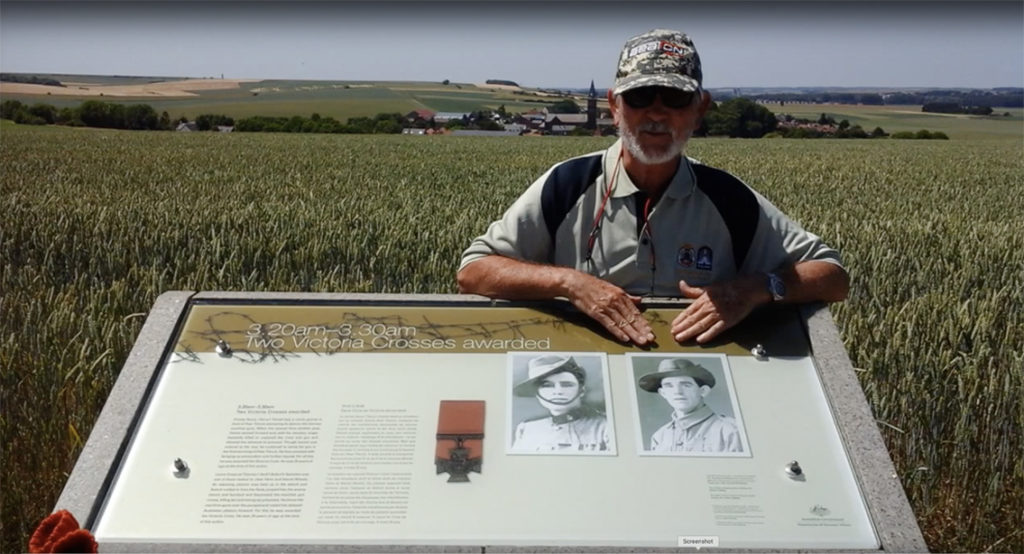 The above photograph shows the grandson of Jack Axford with the panel that pays tribute to his grandfather at the Australian Corps Memorial at Le Hamel. On the top right hand corner of the hill behind him is a light brown field, the site of kidney trench where Jack won his V.C.

Jack’s family continues to honour him together with all the soldiers of the AIF at the annual ANZAC ceremonies.