Newfoundland Park in January is bright, clear and all but empty. Fine spiders’ webs linking the maples down the avenue, brush our faces as we walk through. By the side of the 51st Highland Division Memorial the same spiders have spun gossamer threads through the grass, just visible in the strong sunlight. Here also red squirrels race across the highest branches, descending only in search of their winter stores. 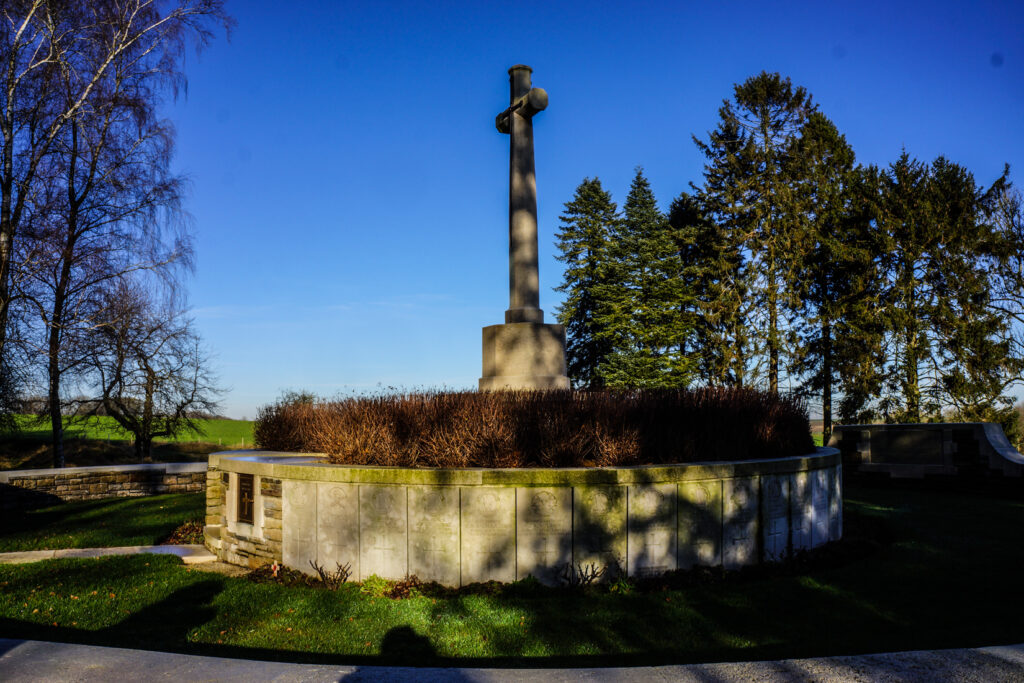 Y Ravine, still frosted in the shade, reminds us just how cold the shadows are. Days like this have been few and far between this winter. They’ve mostly been dismal, and damp enough to set healthy bones to aching. Even today the shell holes pockmarking the park are full of chilly water. 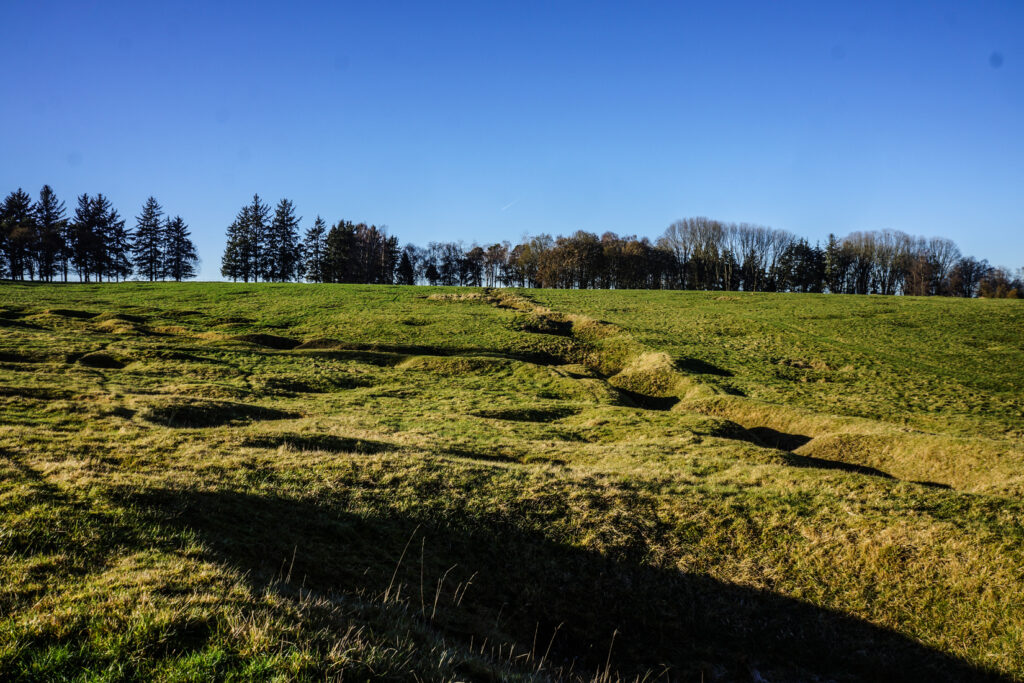 The remains of trenches both British and German bring us back to reality like nothing else can. We will never forget the two great battles that took place here in 1916 and the thousands of men who gave their lives—many lie here still, but spare a thought for the men who manned these trenches throughout the winters, suffering frostbite, fatigue and fear.

Back up the top, the late afternoon sun highlights the caribou bringing him to life, to rally the Newfoundland troops, to express his solidarity, and to voice his outrage. 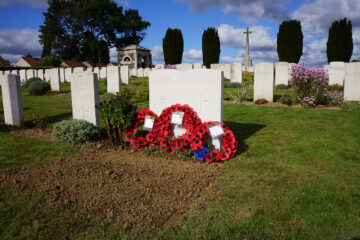 A week of reburials

John and I attended nine reburial services this week on the Somme and in the Pas-de-Calais. We were once again moved by the care and respect shown by the team of people who laid these Read more… 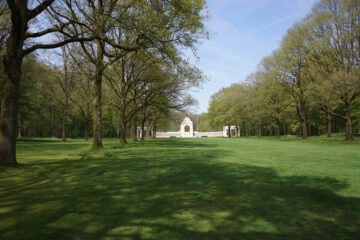