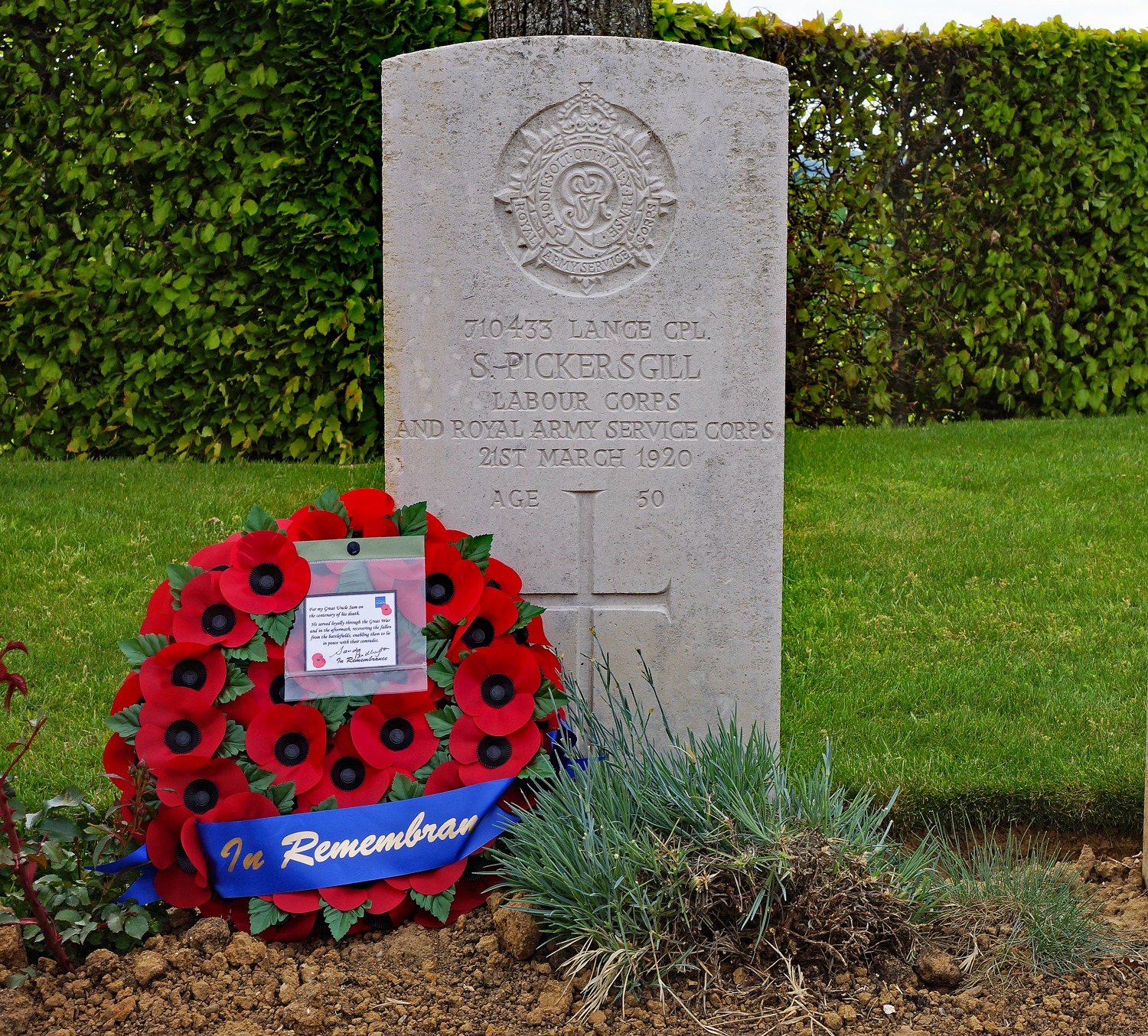 This week we commemorated the centenary of the death of Sam Pickersgill on behalf of his family. They had stayed with us in 2014 and had planned to return in person on the 21st March this year. When France went into lockdown this became impossible so they sent the wreath to us. Now with increased freedom of movement we are at last able to honour him. 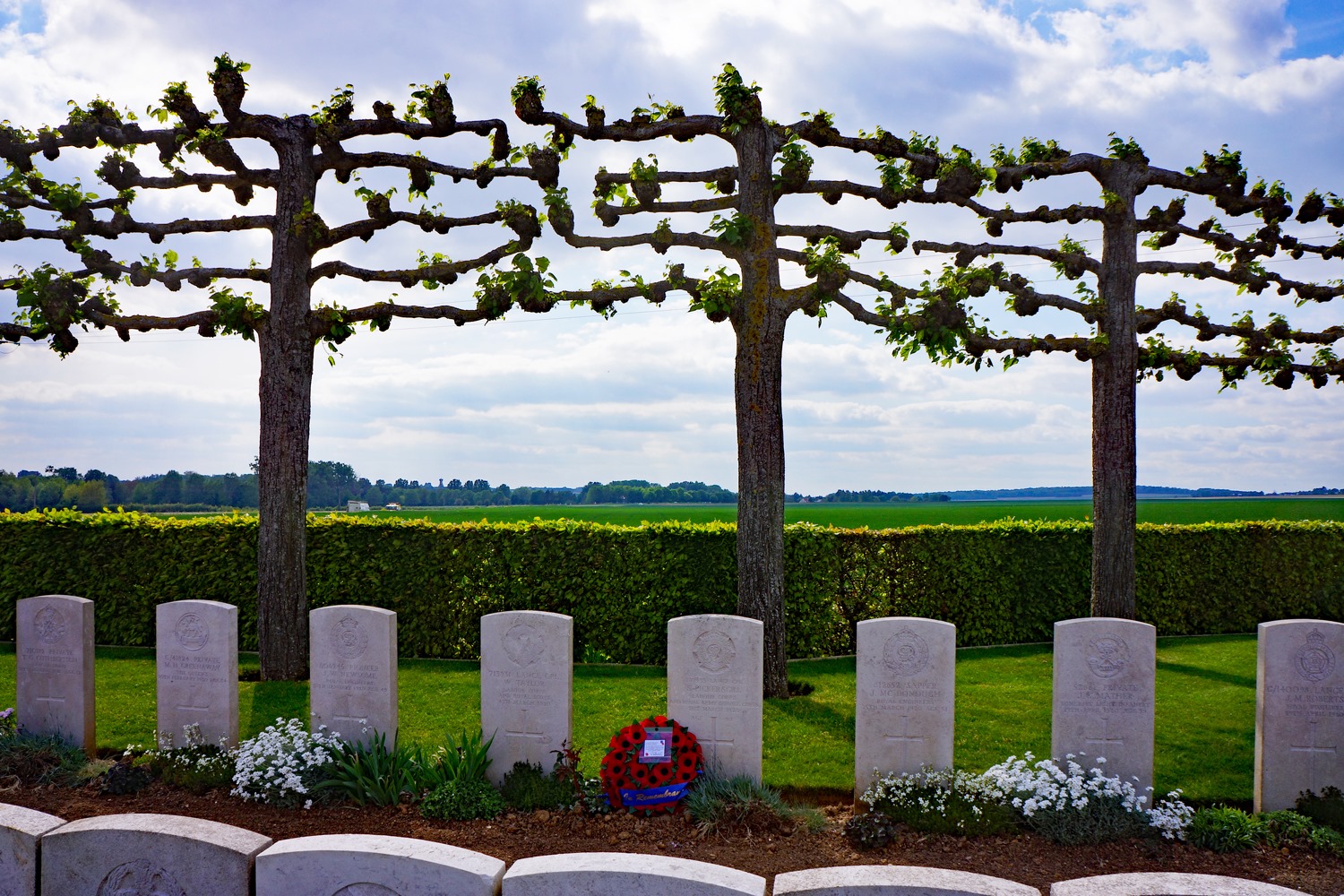 Sam was one of a large number of Labour Corps men who stayed on after Armistice to clear the battlefields. The end of hostilities saw the battlefields littered with debris, amongst which were live munitions, gas shells and the bodies of the dead of all nationalities. It is hard to imagine a more harrowing task. 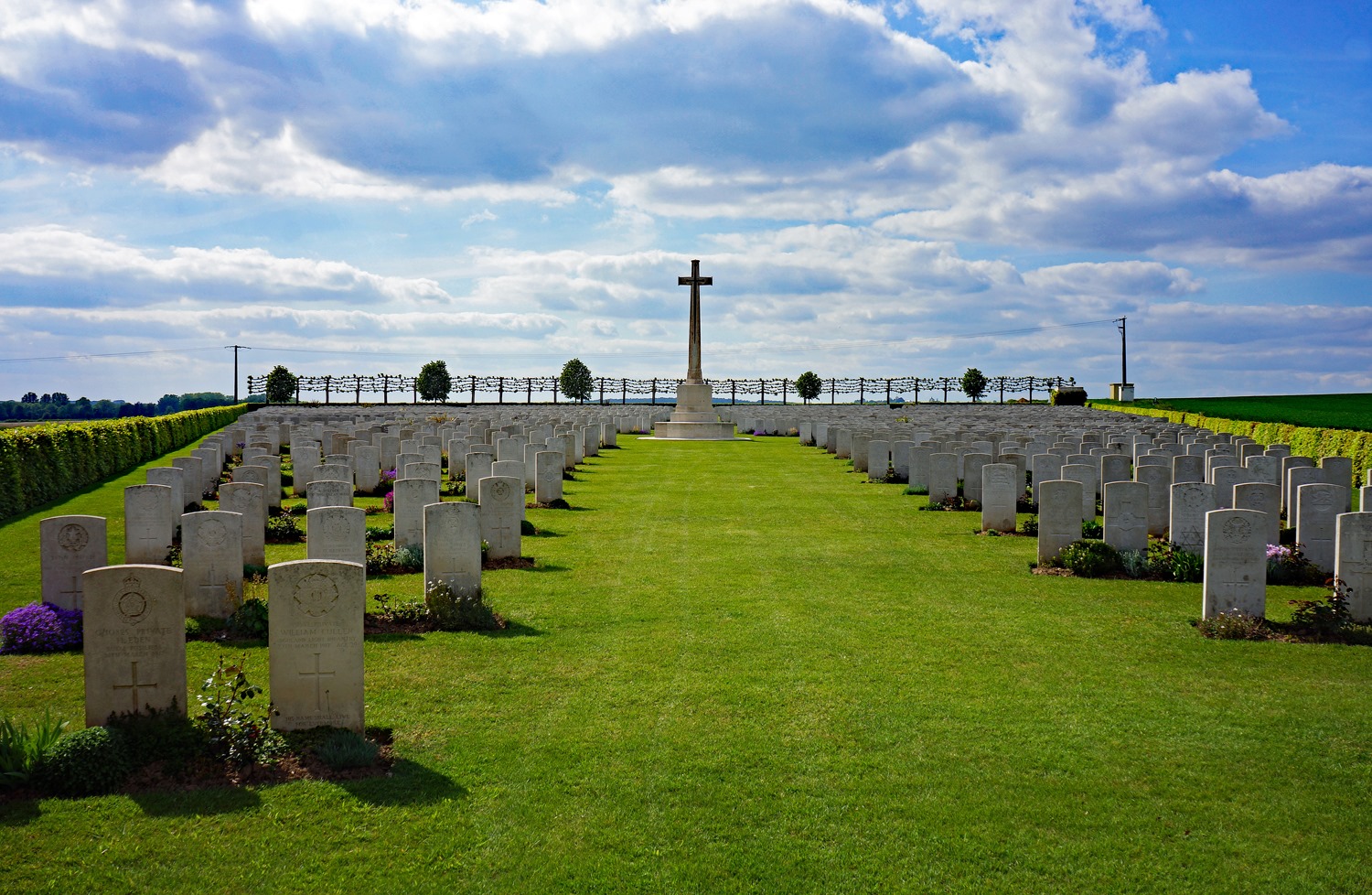 After his death, on 21st March 1920, Sam was buried by his comrades in Duisans British Cemetery. Visiting his grave we were struck by the fact that so many Labour Corps men buried in Duisans, including Sam, were in their fifties. 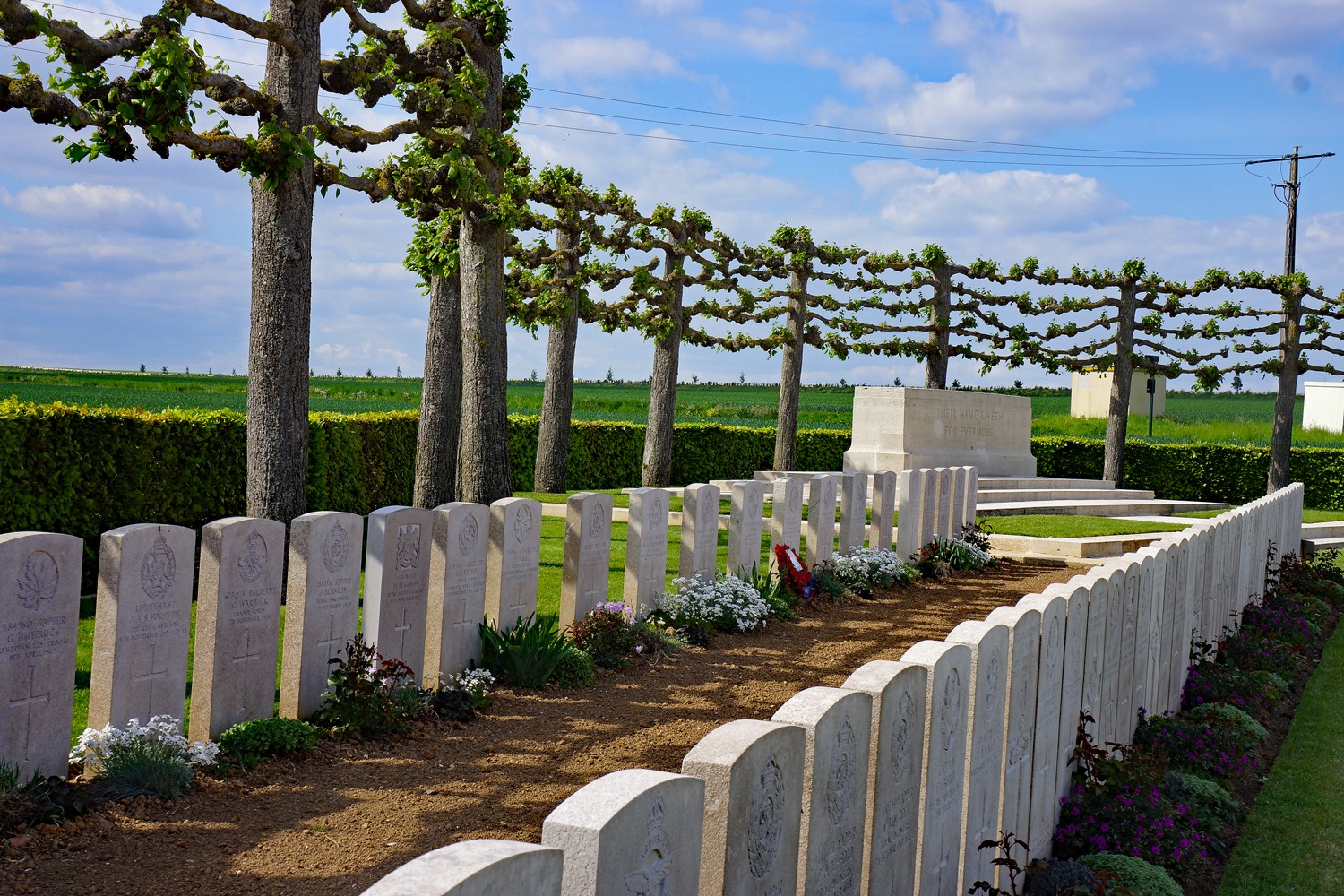 We are grateful to the men of the Labour Corps for their work after the war. Thanks to them tens of thousands of fallen soldiers were brought in from the battlefields giving some consolation to their loved ones. Soldiers who could not be identified were buried in individual graves under headstones bearing the inscription “Known unto God.” 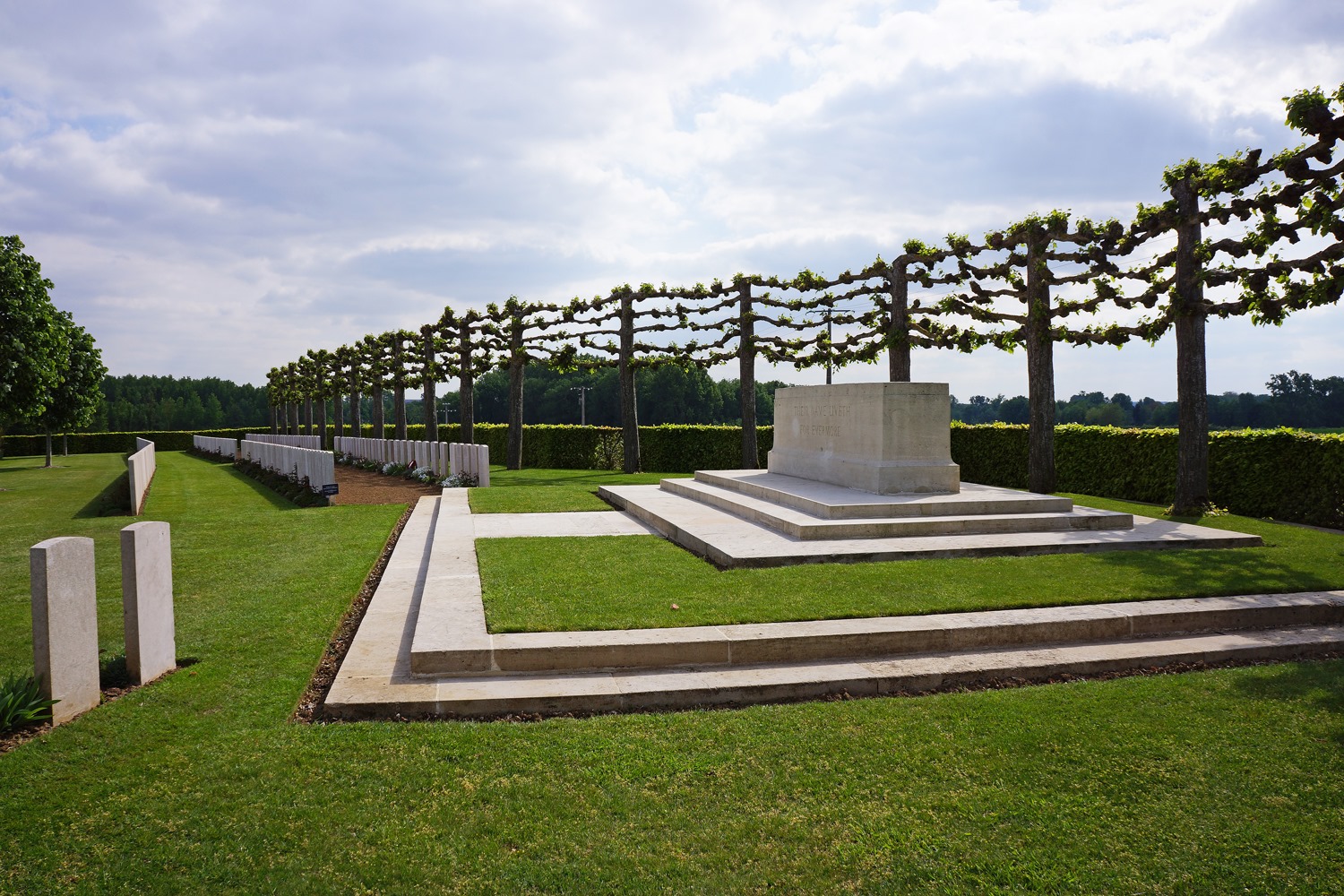 The Labour Corps are also remembered locally for working alongside returning French civilians, restoring water and clearing the land for farming. Without their help many local villages would not have recovered. 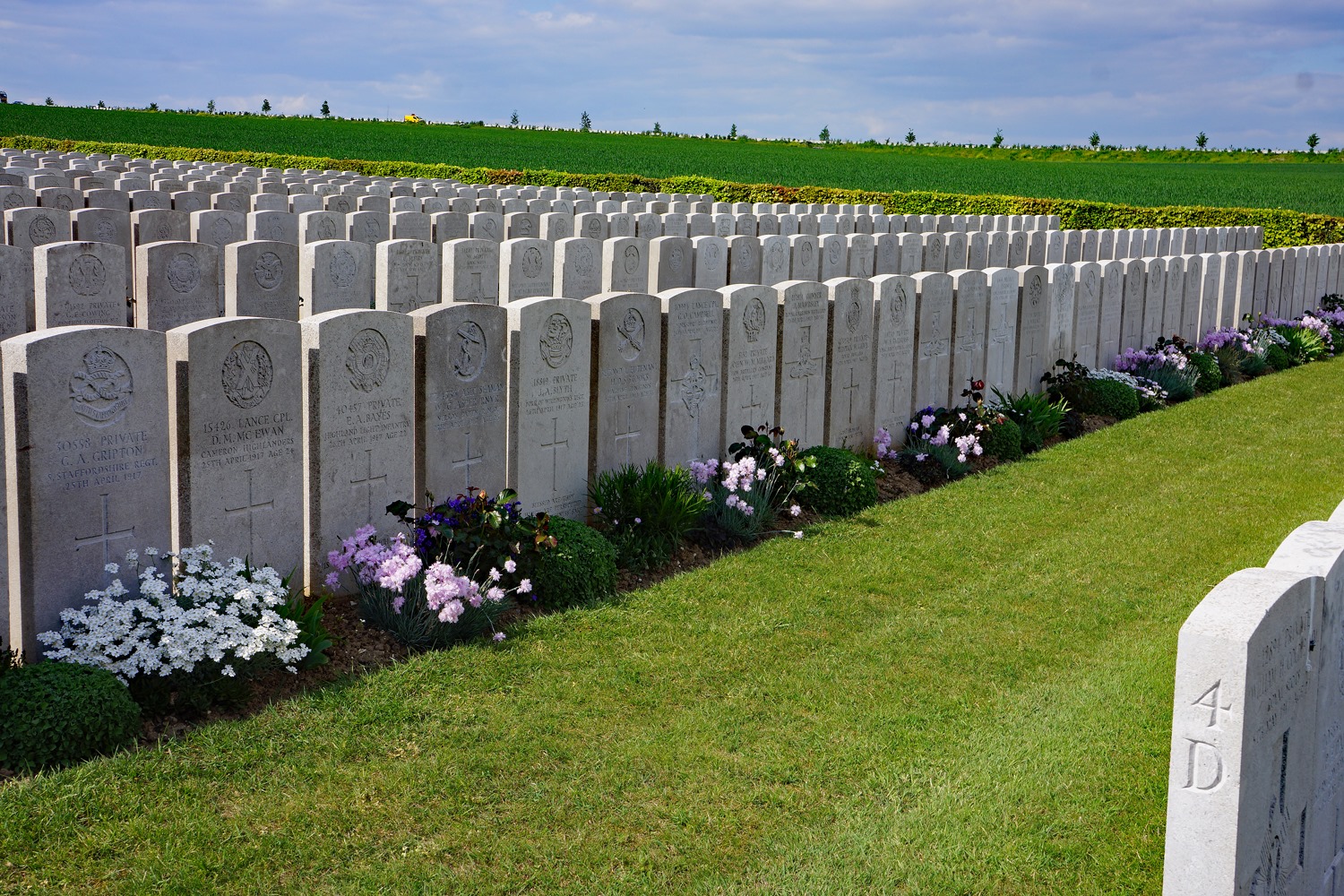 As always, but especially now, we are glad to visit on behalf of families who cannot travel. Please do not hesitate to ask.